Officine del Volo is situated in the historic building which once hosted the former Caproni di Taliedo aircraft manufacturing company, an actual driver of cultural, social and economic innovations in the 20th-century Milan. The history of this location is connected to engineer Gianni Caproni, who designed the first aircraft on 27 May 1910. He established his activities in Vizzola Ticino in 1913, then moved to the area around the Taliedo farm, near Via Mecenate, where he decided to build his company.

In addition to the suitability of this area for the aircraft industry, he chose this area also due to the proximity to a military camp and the Aerodrome, which hosted speed races as early as 910. Furthermore, the ability to easily find labour – thanks to the strategic position near the city - and the presence of a tramway network, are crucial prerequisite for the establishment of Caproni's company. Officine aeronautiche Caproni soon became one of the leading aviation companies worldwide.

In this area Caproni created an industrial village with the purpose of offering his employees wellness and professional training. The structure, in fact, included also a nursery school for the employees’ children as well as kitchens, service buildings and the OND, i.e the National Recreational Club, a leisure centre intended for the employees of the Caproni company. An amateur news bulleting was also started by the workers and named "Senza Cozzar di Rocco" by Gabriele D'Annunzio.The company especially grew during the First and Second World War thanks to the manufacture of war aircraft. After the First World War, the demand for war aircraft dropped, therefore Caproni started the production of civil aircraft, establishing the first passenger flights along the Milan - Rome - Naples routes at the Taliedo Airport between 1919 and 1922.

Officine Caproni were the largest aircraft manufacturing complex of time: it employed 45.000 workers and accounted for 25% of the national production and 40% of the international exports.

At the end of the Second World War, the economic crisis, the damages caused by the bombing and Caproni being branded as having ties to the fascist regime culminated in the closure of the company. In 1951 the activity stopped and in 1955 the company went into liquidation. Thus the second industrial settlement started with the fragmentation of the complex which hosted the activities. In 2001, architect Gisonda began the restoration of a company segment, thus paving the way for the opening of Officine del Volo. 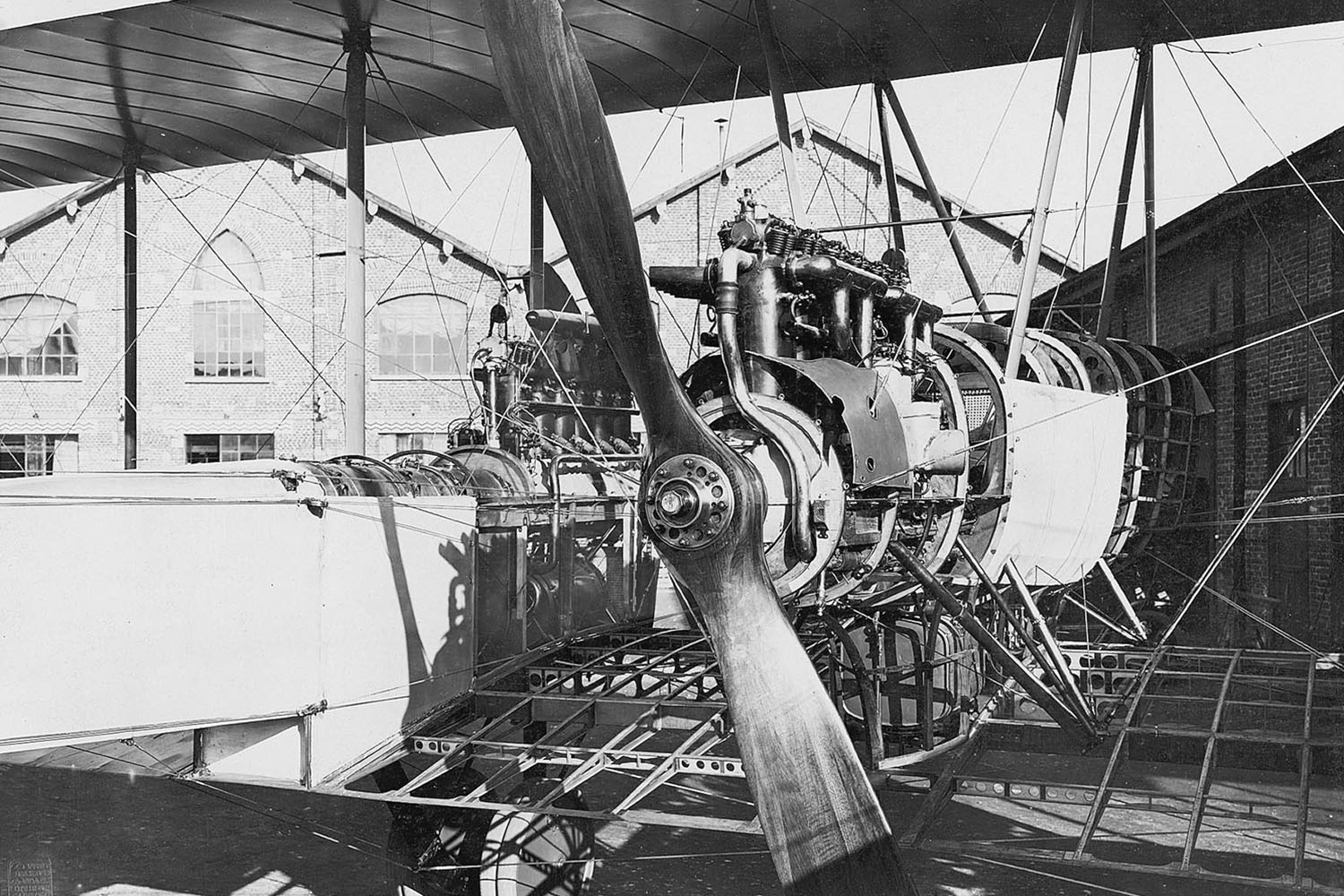 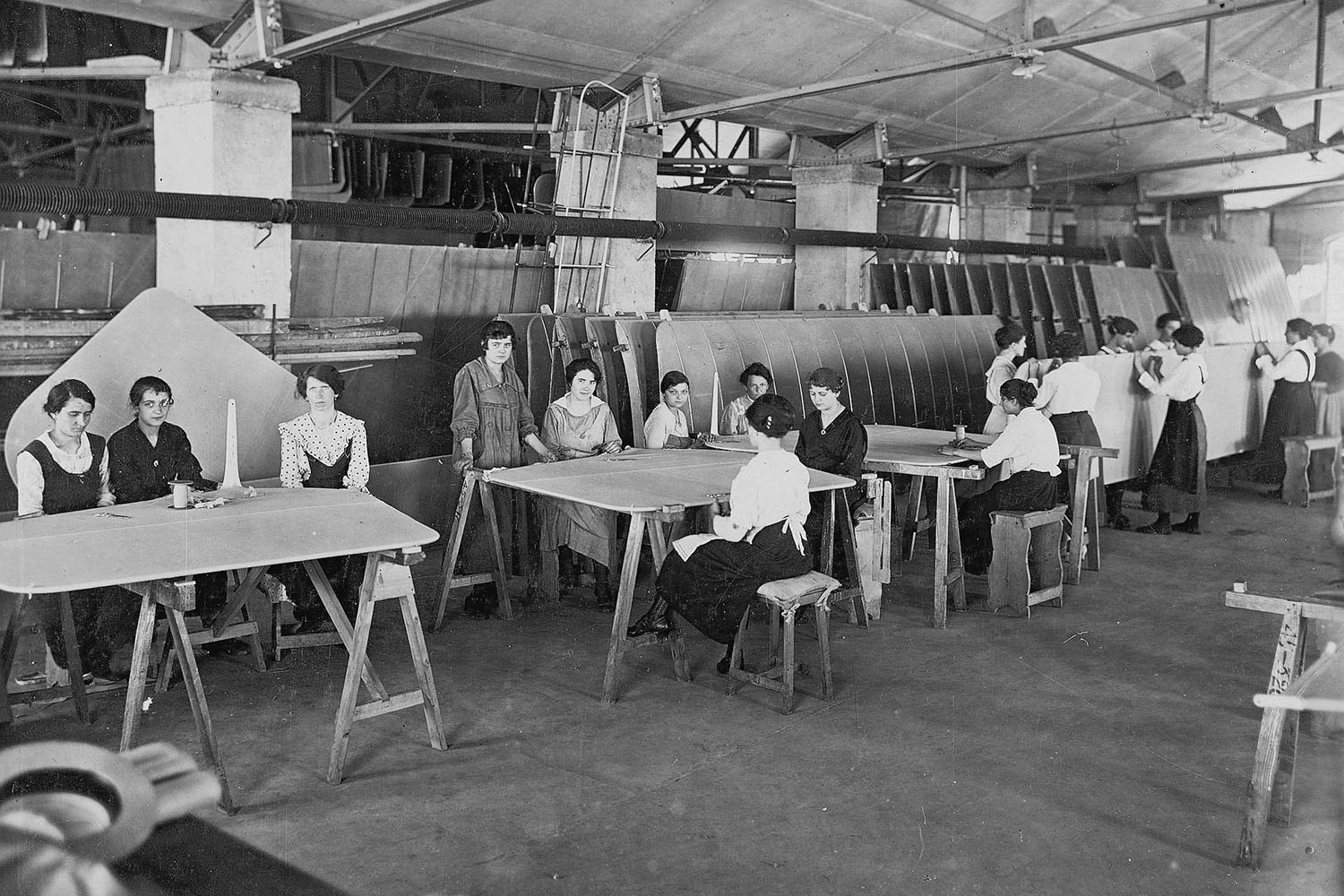 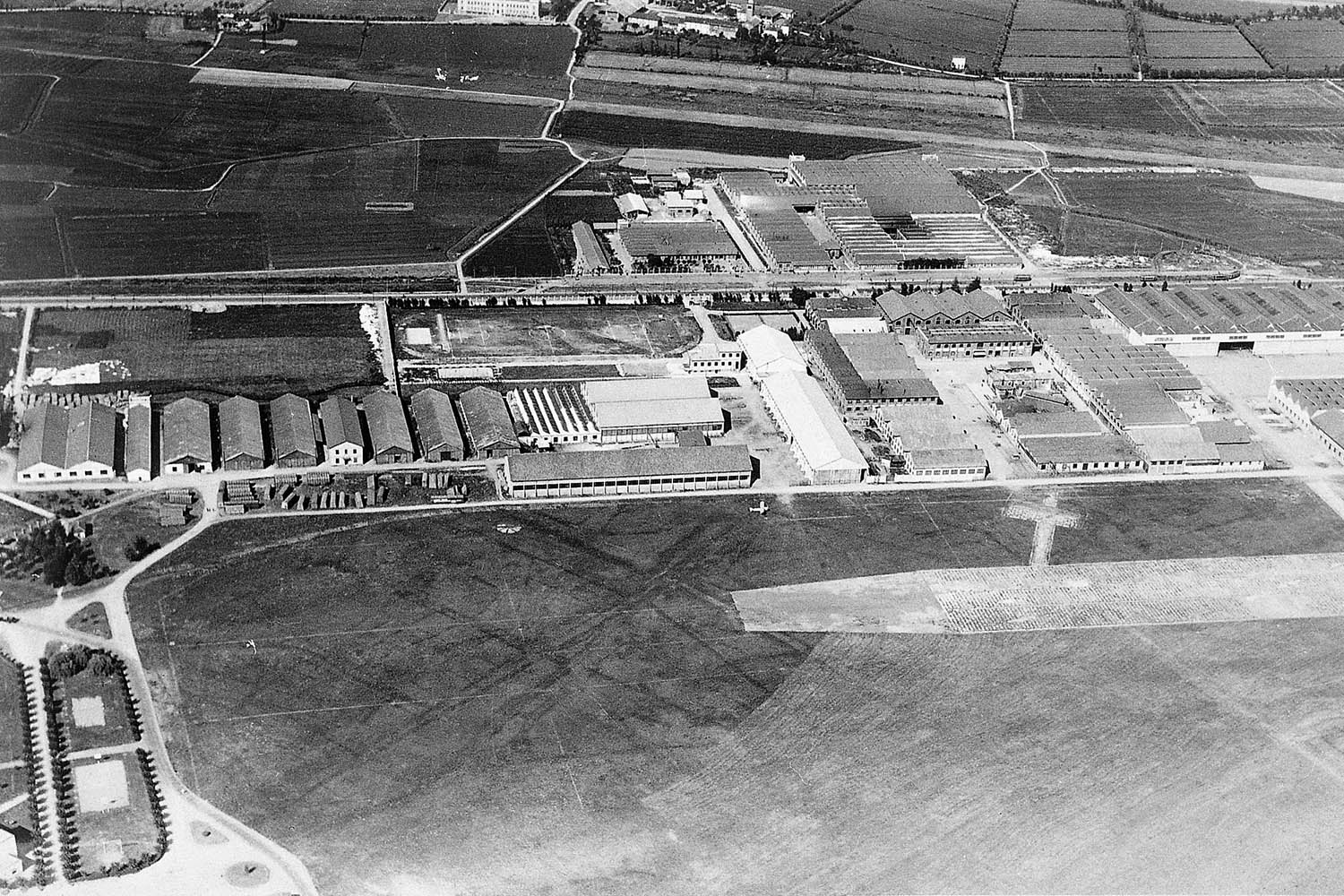 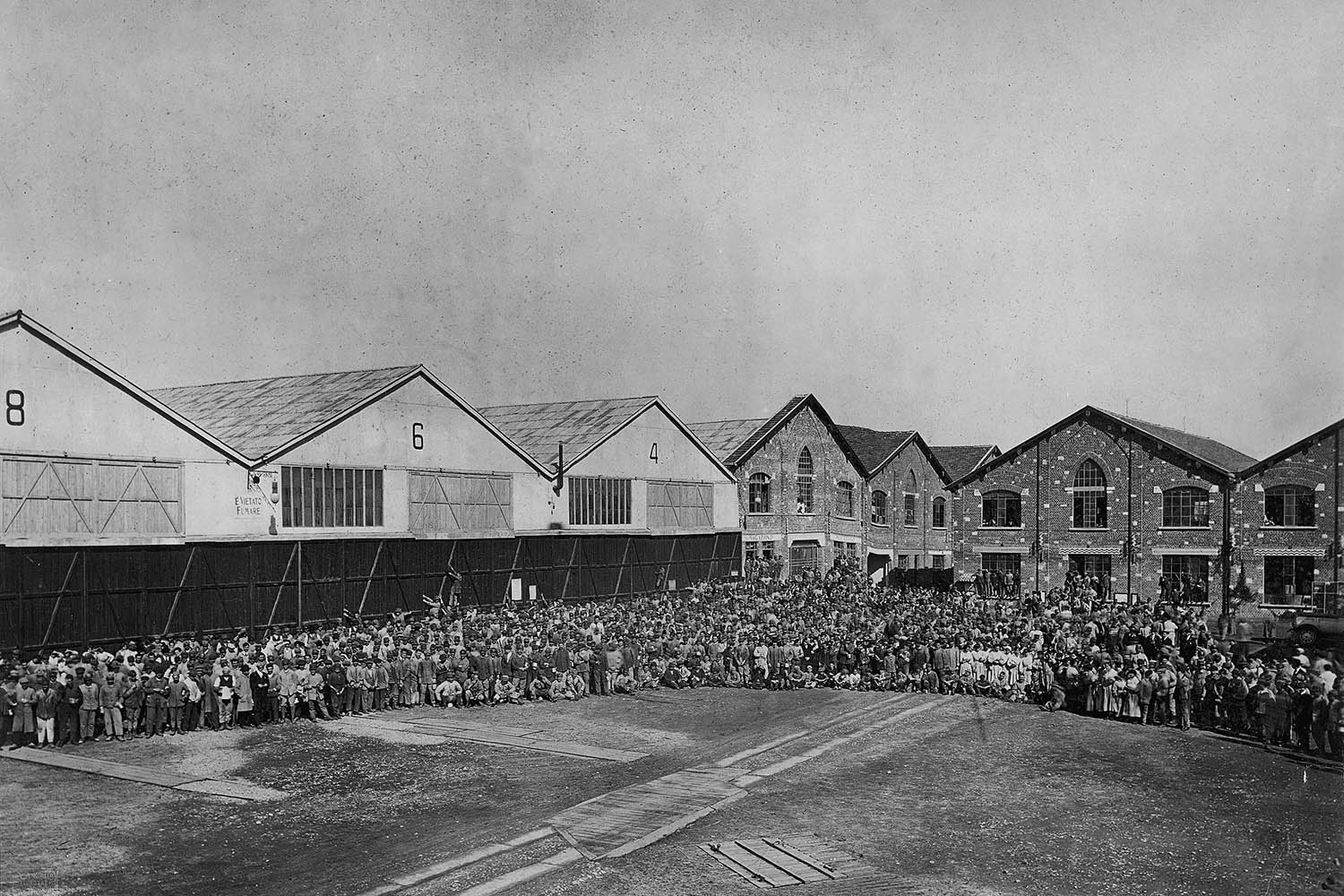 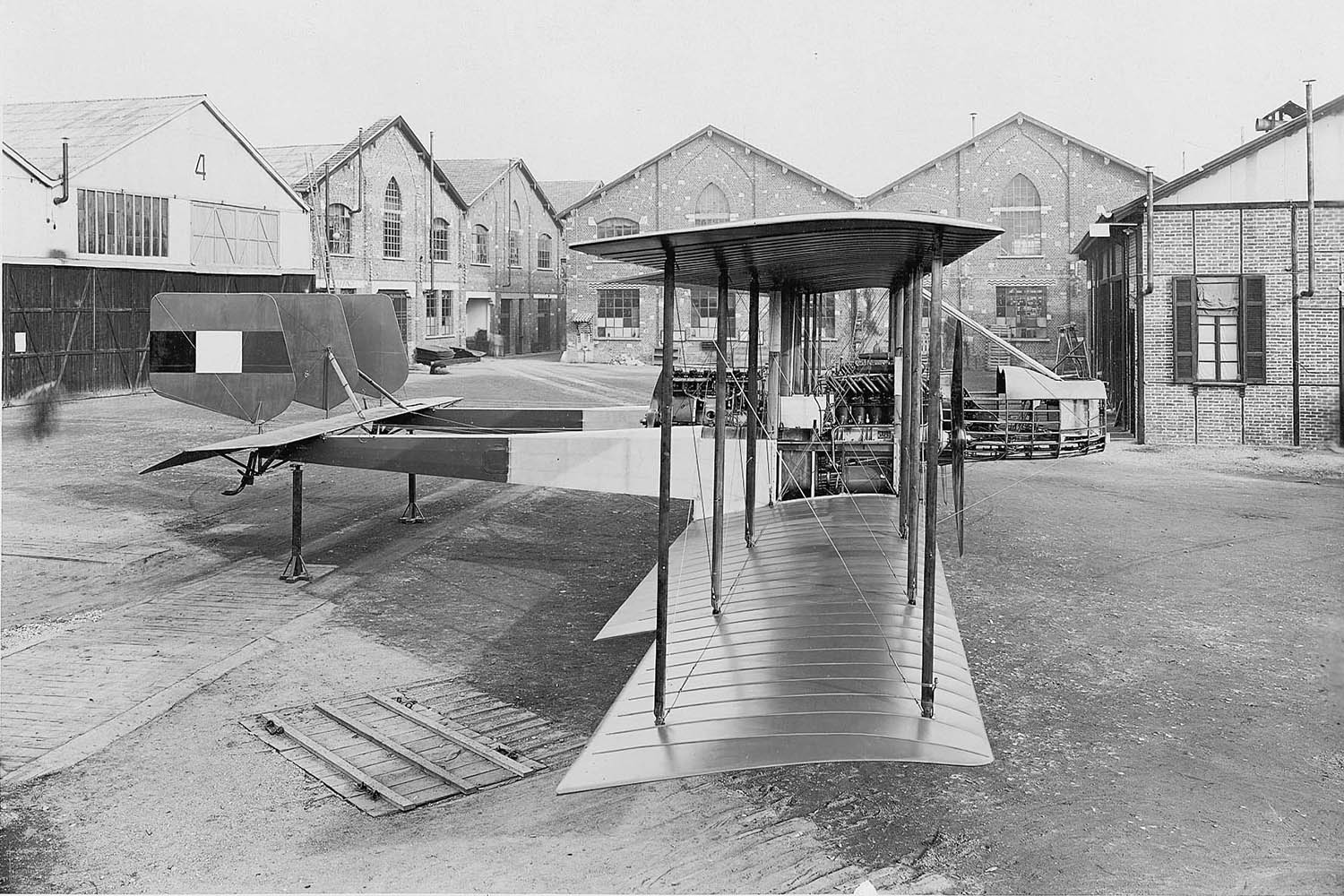 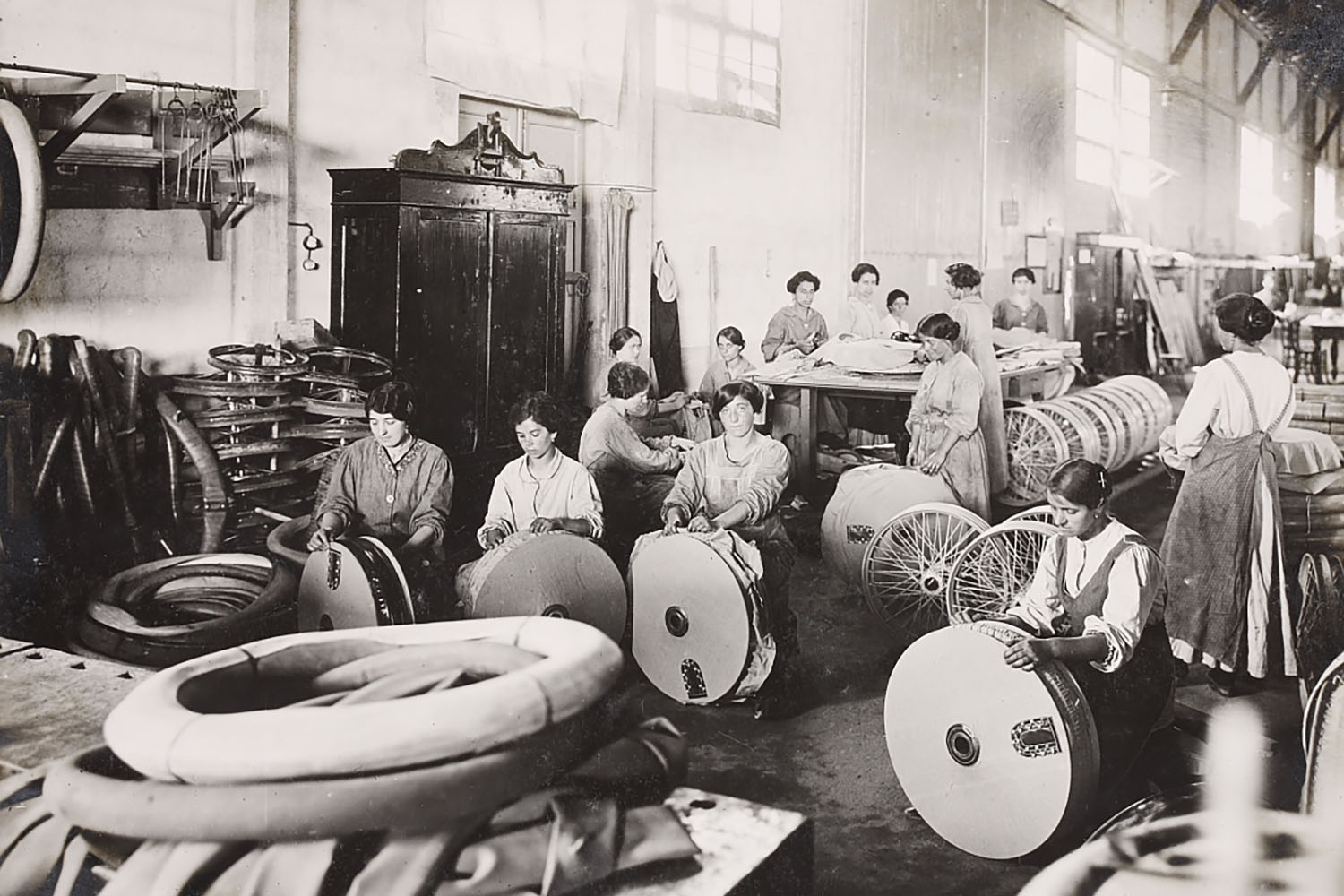 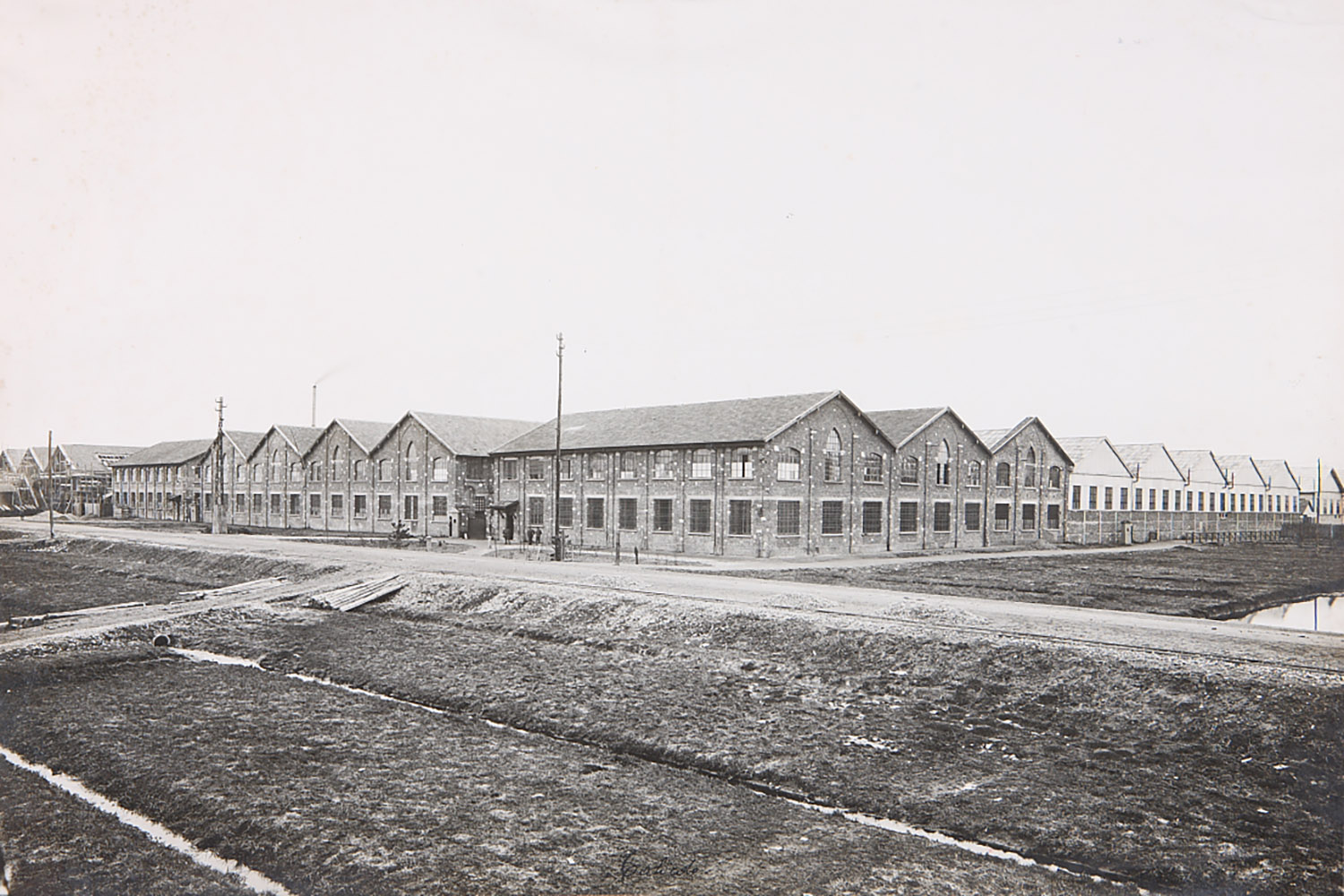 Officine del Volo were established in 2003 thanks to a restoration and reconversion projects as well as the introduction of new functionalities features which lasted two years and was started by architect Nicola Gisonda, who opted for the renewal of buildings instead for their destruction and reconstruction".

Based on the concept of philological renovation developed by Camillo Boito, one of the most important architects of the second half of the 19th century, what could be preserved has been kept, while new contemporary and design elements were introduced, such as the large iron outdoor staircase which looks like a suspended gangway; the fence made up of bent weathering steel sheet, recalls the outline of an airplane pushed by the wind; the lift, characterised by a modern look, is made of crystal and steel.

The philological restoration revolved around the following issues:

This project leads to an extraordinary journey full of sensations from the city of the aircraft manufacturing industry to a modern metropolis, from the creativity of the early 20th century to the current functionality