The outdoor area leads to the Eliche Room situated on the ground floor. The tripartite façade of the building is characterised by exposed red bricks and grey stones, materials generally used in the early 20th century. It features two pilaster strips which recall the colonnade in the Eliche room and frame the main gate and the ogee window, enhancing the beauty and vertical thrust of the building as well as the single-pitch roof. The façade also features large iron windows. In the courtyard there is an external iron staircase, acting as a suspended passageway. A weathering steel wall acts as a background for it. The courtyard is paved with porphyry dating back to the construction time as well as vertical elements made of weathering steel wall. 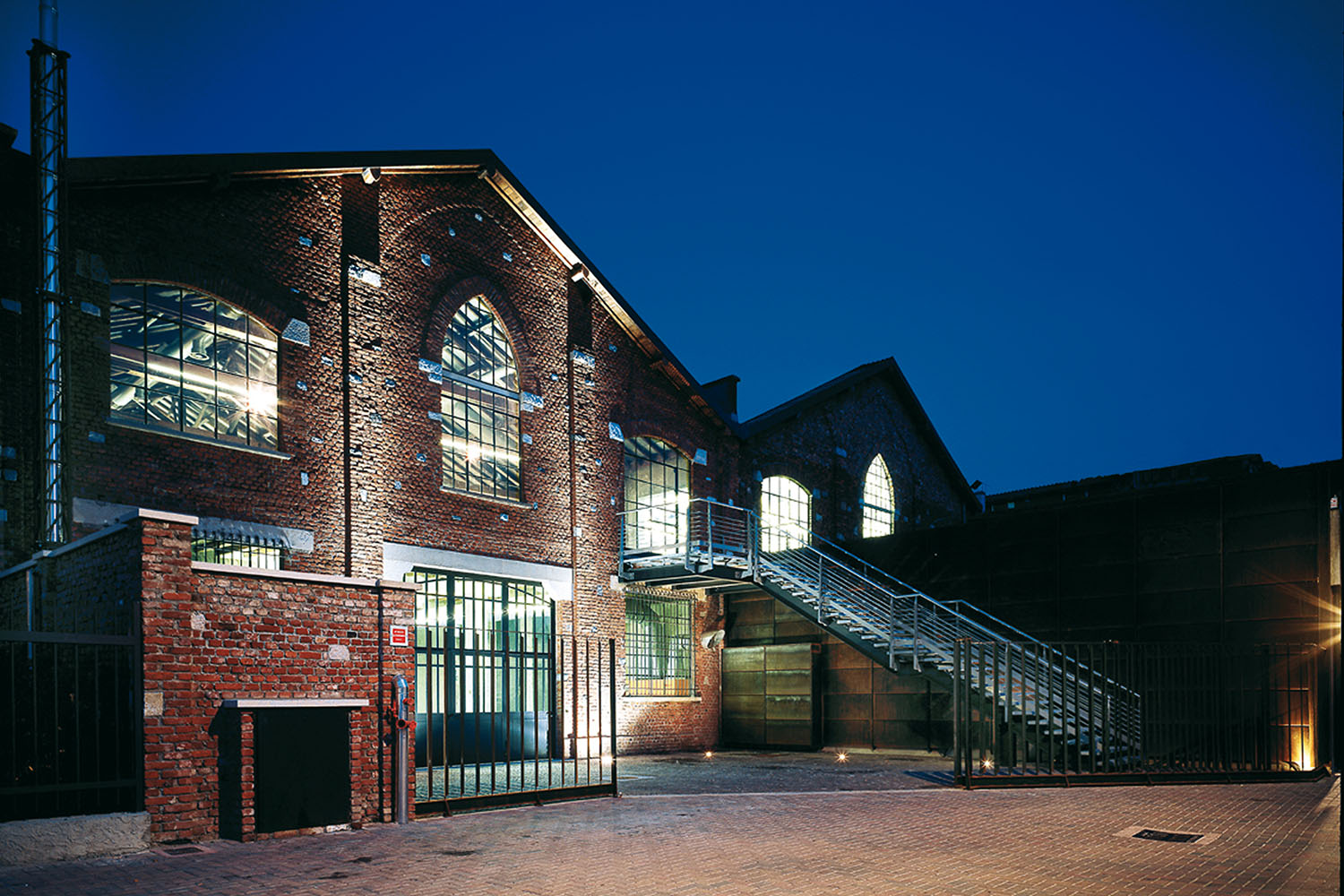 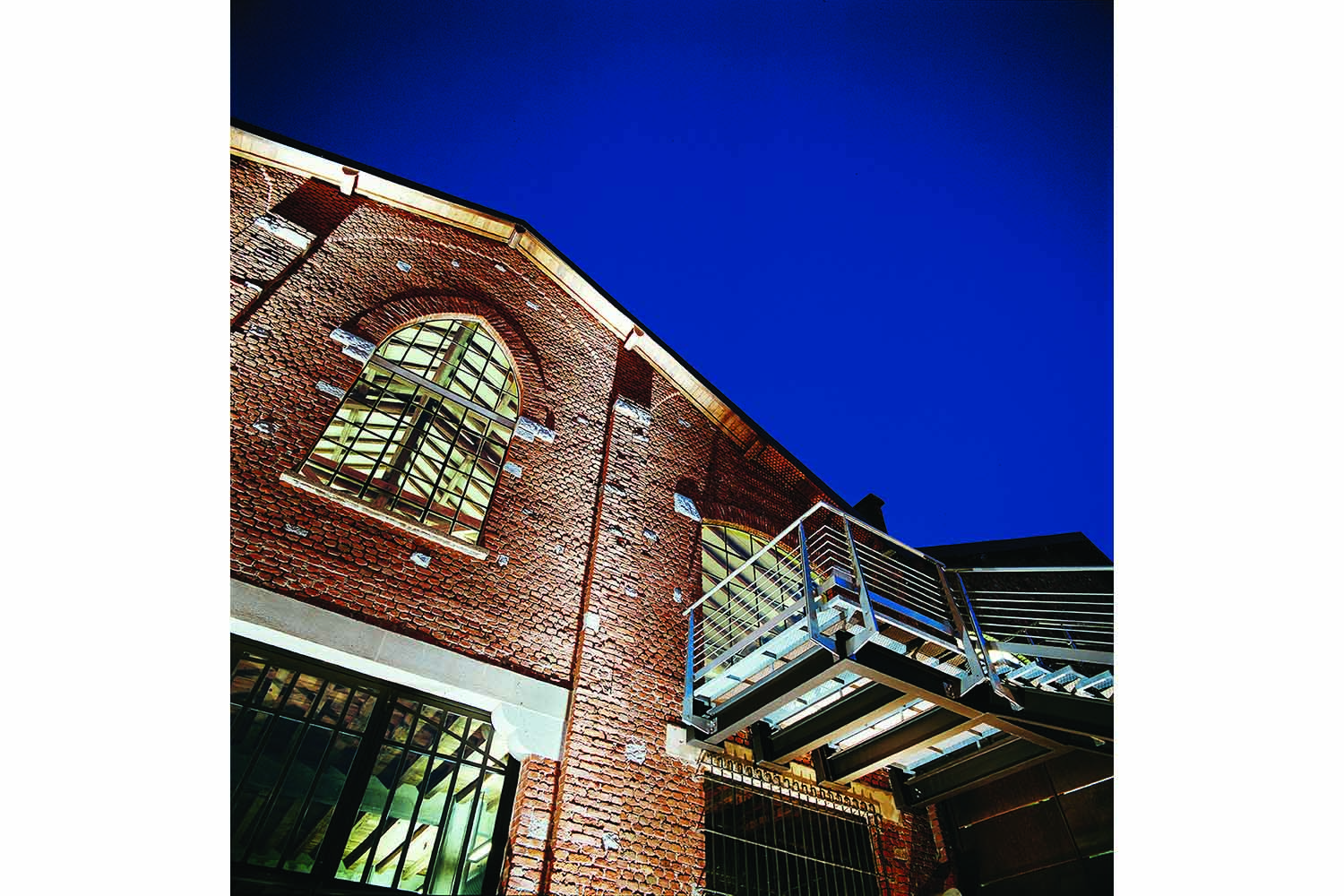 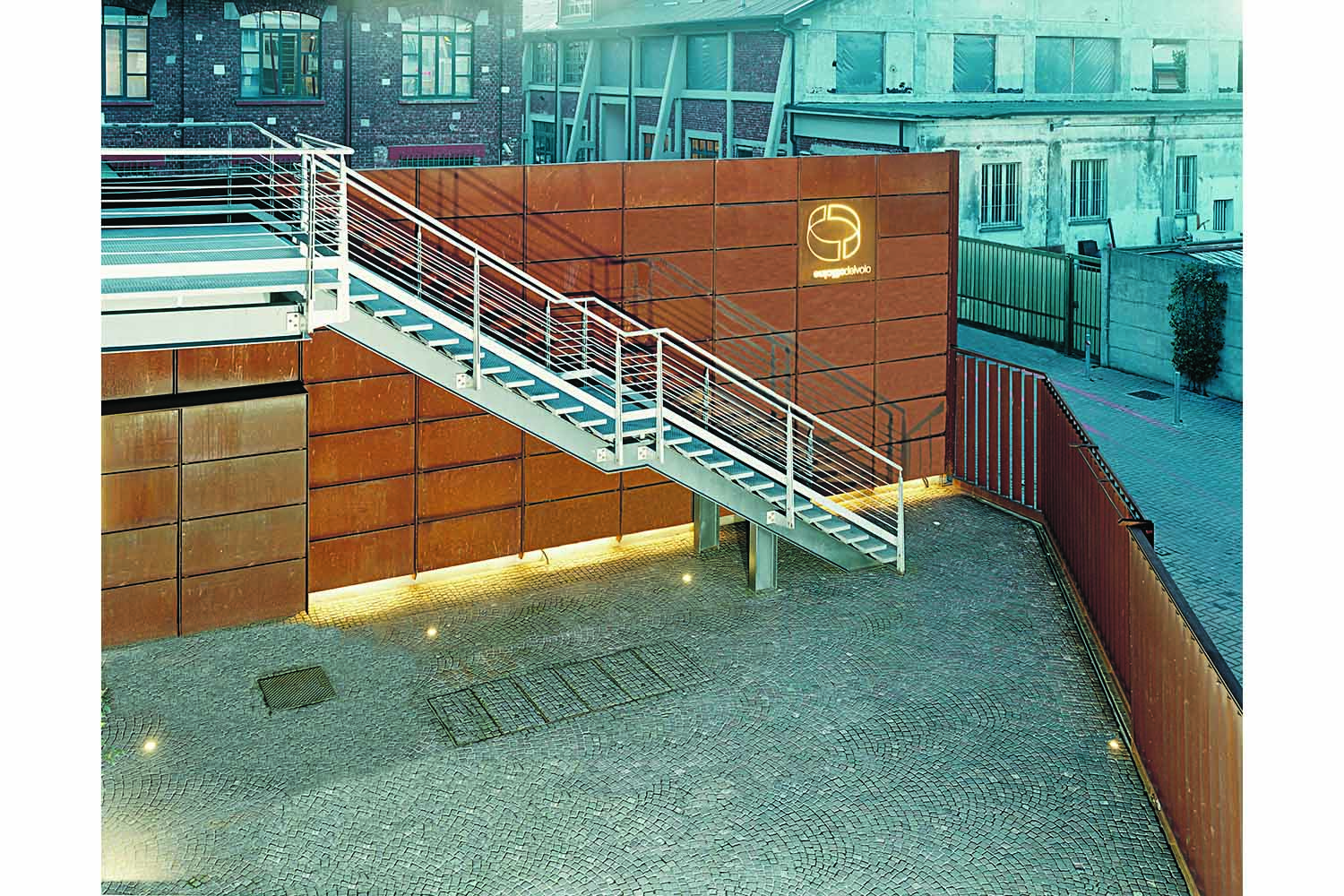 In the street facing the courtyard there are some parking lots, along both sides of the road.

The areas are divided as follows: